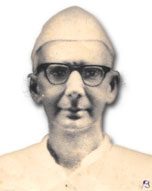 For all those who are interested in the Talamaddale form of Yakshagana, Polali Shankaranarayana Shastri is very well known name. Considered to be among the greats of this art form, Shastri was among those who gave new dimensions and explored new possibilities in Talamaddale.

Born at Kilenjar, near Kuppepadavu of Mangalore Taluk in 1890, Shankaranarayana Shastri was actually ‘Karanth’ by surname. He lost his father early, whence his family came to Panambur. Shankaranarayana had his early learning render Sanskrit Scholar Krishna Acharya. Then he came to Polali, one of the famous religious centres where his brother-in-law lived. He continued learning scriptures under Kodimajal Upadhyaya. Later he went to Mysore, lived there by ‘varanna’ (Food suppot at fixed houses, by rotation) and learnt further. The youngman’s desire for education was irrepressible. He went to Chidambaram of Tamilnadu and approached the famous scholar Dandapani Shastri for higher knowledge. Dandani Shastri was impressed at the boy’s foundation and interest. He taught him various Shastras. Retruning to Polali, he was called ‘Shastri’ by the scholars there. Henceforth he became Polali Shastri.

Later Shastri completed Vidwan degree in Kannada, as it would give a better chance for a teachers job, which he was aspiring to become. By the time he was well versed in ‘Purana Pravachana’ (Discourse on classics) and Talamaddale. He married Gowramma in 1919. He became a teacher at St Aloysius High School Mangalore at an advance age of 49, and retired after 9 years. Shastri was an excellent teacher of both Kannada and Sanskrit.

Polali Shastri entered the Talamaddale field, about the age of 25. It was a historical coincidence that a group of brilliant artists entered the field almost the same time – Among them were K P Venkappa Shetty, Arkula Subraya Acharya, Narayana Kille, Malpe Shankaranarayana Samaga, Kubanur Balakrishna Rao, Padre Sripathi Shastri, Kirikkadu Master Vishnu Bhat and others. This group of artists along with many other contemporaries revived talamaddale to new heights. They developed the work already started by their predecessors like Sabali Srinivasa Acharya.

Polali Shastri’s mastery over Sanskrit, scriptures and epics made him a special type of artist. His exposition of characters was not merely scholarly but full of dramatic talent, wit and bhava (emotional mood). He was a near perfect performer. After 1935, when his contemporaries were no more, he found new combinations with great artists like Sheni, Samaga and others. His role like Ravana, Jarasandha, Sri Rama, Prahasta, Arjuna, Vidura, Mayuradhwaja are considered great creations.

Shastry was a famous Pravachanakara (Discourse orator) of Puranas. He delivered Pravachanas at Ramamandir, Yeyyadi, Mangalore for many years. His expertise in this form, contributed much to his excellence in Talamaddale.

A disciplinarian to the core, Shastri was a very humane, friendly and helpful man. He taught Sanskrit to those who approached him, free of charge. Though poverty was his life long companion, he was a self respecting person.

Shastri died in 1972, on his 76th Birthday. A committee by name Polali Shastri Smaraka Samiti was formed to commemorate him and is still functioning. It has brought out an 800 page commemorative volume. It is honouring artists every year with Polali Shastri Award for excellence in Talamaddale and Pravachana.

Polali Shastri remains as a legend and a model in the fields in which he worked.